With more and more information released every day about the harm done to the Earth by industrial animal agriculture, questioning and re-evaluating options for a nutritious but also eco-friendly and sustainable diet has become increasingly commonplace. If not meat, then what? When it comes to replacing meat with more eco-friendly choices in your diet, some may turn to traditional plant-based proteins, some may rely upon dietary supplements, but these options are not everything the world has to offer.

Point being; if you live in Atlantic Canada, one protein-packed, vitamin and mineral-rich food capable of being brought to market with a low carbon footprint is found literally all around us. This is the point CEO Taylor Widrig made clear with her creation of the sea-cuisine company: Mermaid Fare.

In business since 2013, Mermaid Fare produces high-value, nutrient-dense, edible sea vegetables and sea vegetable-based products. In North America, an appreciation for sea vegetables as a food source is young but growing. Mermaid Fare is tapping into the potential of this emerging market sector and provides healthy and environmentally friendly options for the savvy, ecological consumer.

Healthy and environmentally friendly are theme words here, as these are the two principles with which Taylor Widrig focused on when starting her company. After graduating culinary school in Northern California, she started her journey with Mermaid Fare by educating, teaching classes and catering to soon-to-be sea vegetable lovers. After realizing the potential that sea vegetables carry, Widrig decided to make a pivotal change to her business idea and cultivate, harvest, process and package her own product line, so she could sell her super-foods directly to her customer base.

In 2018, Widrig came to CEED with the hopes of expanding her already up and running business.  She found help in CEED’s Impact Loan Program where, paired with a seasoned advisor, Widrig was provided guidance with her business plan and financial projections.

Two of Taylor Widrig’s main aspirations with her company were to promote human health and a healthy, sustainable environment. These ambitions have grown to include a commitment to adding value to the health of local communities. In doing so, Mermaid Fare has teamed with DASC (Dartmouth Adult Services Centre) to handle product packaging.

Earlier this year, Widrig was nominated and attended the Sustainable Blue Economy Conference on behalf of the United Nations Development Program representing Canada. This opportunity afforded Widrig the knowledge and experience of other sustainable business owners and public figures across the globe, while they work towards achieving the United Nations Sustainable Development Goals call to action. At the conference, Widrig spoke about the value of social enterprise.

“It was the most unexpected happening and felt like the greatest honour beyond words to describe.”

With all products sourced within Atlantic Canada, and the cultivated Sugar Kelp and Alaria species – Widrig is leagues ahead of competitors in the ecological movement, and is well on her way to accomplishing UN set goals.

The potential for the success of Mermaid Fare to develop a novel product with a new, sustainable model is one that resonates just as audibly as the blooming sea vegetable market. CEED stands firmly behind new industry leaders by helping them to SucCEED, and aspires to shape more CEED alumni with the same ambition and innovation as Mermaid Fare CEO Taylor Widrig.

One of Widrig’s latest feats has been in the world of literature. With her writing and release of Mermaid Seaweed Colouring & Recipe book she has reached out to youth in hopes of creating a healthier and more sustainable tomorrow. With the help of Nimbus Publishing, she is hoping to add further to the book with more recipes, ocean conservation, mermaid folklore, and the way of the mermaid.

To learn more and stay up to date on Mermaid Fare and any events visit their website: https://mermaidfare.com/ 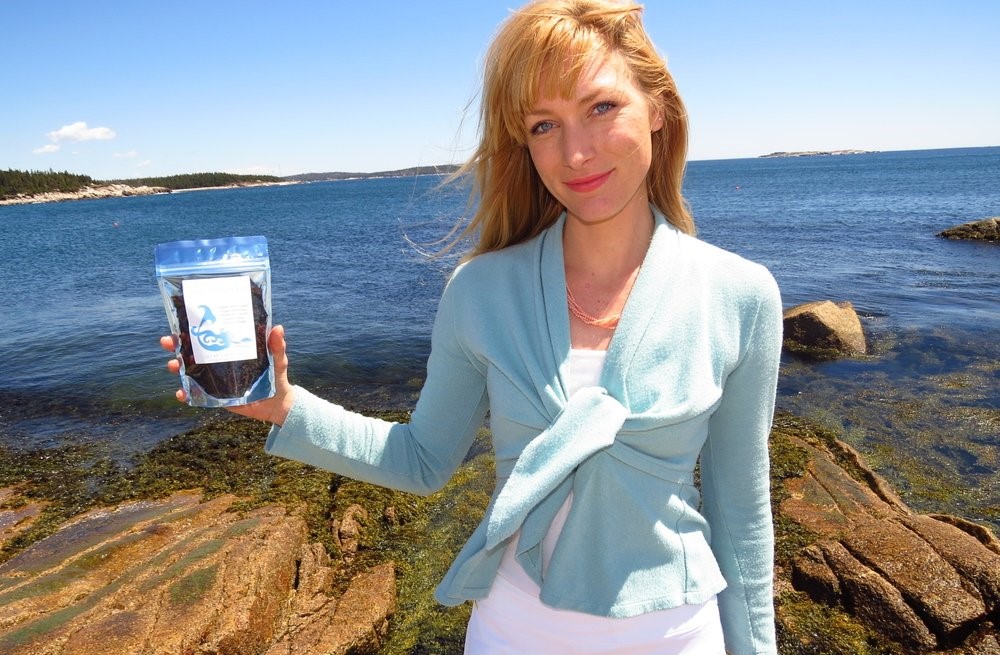